Article 16 of the Law Decree n. 147/2015 introduced a special tax regime addressed to highly skilled EU citizens becoming tax resident of Italy after a minimum period spent working or studying abroad. It is important to remember that, under specific circumstances, other beneficial schemes are available for High Net Work Individuals (providing for a 100,000 flat tax to cover any foreign-sourced income) and for retired people moving to Italy.
In this article 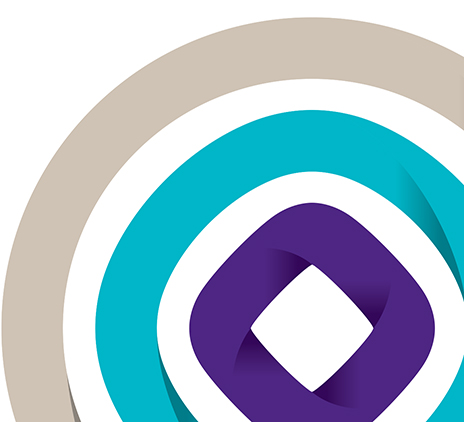 The changes and amendments to Article 16 of the Law Decree n. 147/2015 created several doubts in terms of actual application of the special tax regime, even when the personal situation of each individual could seem very straightforward and leading to the confirmation of the requirements. As a consequence, Grant Thornton Italy strongly suggest being supported by a tax consultant in order to confirm the chance to apply the regime and to prevent future risks on the individual deriving from the tax authorities’ audit.

During 2021 the Italian legislator did not introduce relevant novelties in the law, but the Italian Tax Authorities rendered some interesting answers to request of rulings filed by taxpayers regarding specific personal situations.

The answers from the tax authorities regarded four main topics.

1. Adoption of the special tax regime by individuals returning to Italy after the end of an international assignment

The greater part of the answers rendered by the Italian Tax Authorities in 2021 regards individuals returning to Italy after a period of time spent on international assignment and the chance for those individuals to adopt the special tax regime.

Tax authorities confirmed that the special tax regime is generally not applicable to employees returning to Italy as a result of the expiration of the assignment period.

Despite this general rule, however, an ad hoc analysis should be run in order to evaluate whether a 'new' employment relationship derives from the return in Italy of the employee.

According to the content of the answers from the tax authorities, and as a non-exhaustive list of example, the special tax regime would be applicable (i) to assignment extended several times, determining a weakening of the connection between the employee and the Italian territory, or (ii) in case the return to Italy is not due to the natural expiration of the international assignment and does not represent the continuation of the employment activity performed abroad (during the assignment) and in Italy (before the assignment period).

Based on the content of the clarifications rendered, it seems that a case-by-case analysis is necessary in order to confirm that a new employment activity/contract is in place.

Tax authorities affirmed that the special tax regime can be applied to individuals working remotely from Italy for the benefit of foreign employers or clients. To benefit from the special tax regime, individuals working remotely from Italy need to meet the ordinary requirements provided by the law. Extension to a further five-year period is allowed as well, provided the verification of the relevant requirements.

On the contrary, individuals hired by an Italian employer working remotely from another country and producing the employment activity abroad for more than 183 days during the calendar year cannot benefit from that specific year from the partial exemption from Italian taxation. The chance to get the benefit applied for any other year is not prevented, provided that the requirements are met and that the individual produces the income on the Italian territory for the greater part of the year.

Aside from the clarifications issued by the tax authorities, it is important to note that individuals – and particularly employees – falling in this circumstance should also carefully evaluate social security implications deriving from the transfer to Italy. Also, a Permanent Establishment analysis is strongly recommendable to verify if the activities performed by the employees working from Italy may trigger a taxable presence of the foreign employer in Italy.

3. Exercise of the option for the extension of the duration of the special tax regime

Tax authorities rendered some clarifications regarding the chance to opt for the extension of the special tax regime for individuals who transferred to Italy, becoming tax resident of Italy before 30 April 2019.

Based on the answer from tax authorities, the exercise of the option has to mandatorily occur within 1 January and 30 June of the year after the end of the initial five-year validity period. Option exercised in a different period (before or after the end of the first five year) shall be considered invalid.

In addition, tax authorities affirmed that the meeting of the requirement provided for the extension shall be assessed with reference to the five-year period before the exercise of the option.

The extension for those entered in Italy before 30 April 2019, is available for EU citizens only. Questions exist in relation to the possibility for British citizens to opt for the extension. Clarifications from the authorities are expected in the incoming months.

4. Application of the special tax regime to deferred compensation and equity compensation

Tax authorities affirmed that – in case the relevant working activity was performed in Italy – the special tax regime would also be applicable to deferred compensation, such as short-term bonuses or stock options.