International tax reform: the potential impact on the technology industry

By:
Matt Stringer,
Melanie Krygier,
Fergus Condon
Reforms to the international tax framework have been debated and discussed at length in recent years. On 5 June 2021, the G7 published a statement setting out a high-level political agreement on such global tax reform. We now look at the potential impact on the technology industry.

The G7 statement was followed on 1 July, with a more detailed statement from the OECD and G20 working group, which supports the G7 announcement and provides greater detail on how the reforms will operate.

Immediately hailed as a landmark agreement, the proposal set out a two-pillar approach to international tax reform. It is now supported by 130 member states of the OECD, representing over 90% of the world’s GDP.

The push for international tax reform stems from the original OECD reports on Base Erosion and Profit Shifting, which are the result of the tax challenges of the digital economy and the wider digital revolution. Now, as the world continues to evolve and change, the historic framework of international tax rules is no longer seen as fit for purpose. UK finance minister Rishi Sunak said the goal of the work was to 'reform the global tax system and make it fit for the global digital age'.

The proposed reforms look set to impact the global tech industry significantly. In this article, we’ve summarised key elements of the proposals, their potential impact on technology industry and advice from our digital tax specialists on what technology companies can do to prepare.

What is being proposed?

Pillar 1 relates to the allocation of taxable profits to allow for certain profits to be attributed to the market jurisdictions where their customers are based. This proposed change recognises that customers, as stakeholders of a business, offer valuable contributions and benefits in a digital age. As such, it seems fair that a jurisdiction where customers are based should be rewarded within the international tax framework. The proposals would allocate 20% of profits over a 10% profit margin to such market jurisdictions.

The Pillar 1 proposal would only apply to Multinational Enterprises (or segments of such enterprises) with a global turnover of over EUR 20 billion and profitability above 10%. Revenue thresholds in each market also apply. Consequently, these proposals should only apply to the very largest and most profitable groups.

Pillar 1 also builds on the premise of many of the world’s existing digital taxes, which is that customers create value that should be taxed. If the proposed changes were put in place, unilateral digital taxes would need to be repealed.

“It will be interesting to see the economic impact that Pillar 1 brings for those nations who already have a digital services tax,” says Matt Stringer, international tax director at Grant Thornton UK. “The UK’s support of the proposals in their current form has already been criticised, as some economic analysts predict the UK would raise less in tax revenues by implementing them and, consequently, repealing the digital services tax.”

Pillar 2 is a global minimum tax rate of 'at least 15%' that would be calculated on a country-by-country basis. As a result, a parent company with subsidiaries in lower tax jurisdictions would pay a ‘top up’ tax in the parent’s jurisdiction. There is some support for a rate much higher than 15%, with the US Biden Administration suggesting it should be as high as 21%.

“Where this floor is set is an important detail,” says Melanie Krygier, M&A tax services partner at Grant Thornton US. “If it is too low, it could stifle innovation, particularly among dynamic mid-market companies in the US.”

Pillar 2 would apply to large companies but with a lower threshold than Pillar 1. The proposed size threshold is the country-by-country reporting threshold of EUR 750 million of consolidated revenues.

“These reforms are not a great surprise for a lot of people in the tech industry,” says Fergus Condon, financial accounting and advisory services partner at Grant Thornton Ireland. “We have been trending in this direction for a while, but this is certainly a very significant step.” 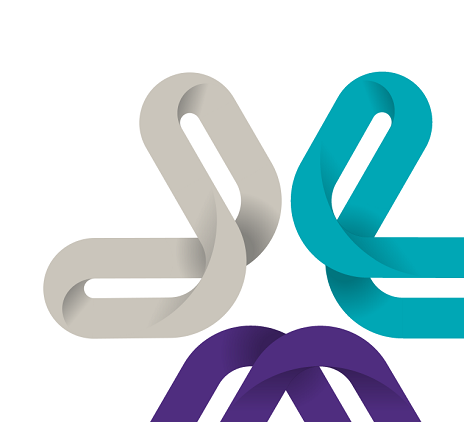 What should tech companies be doing to prepare?

Decision-makers in the tech industry have likely been anticipating changes in the global tax regime to both reflect increasingly global attitudes to business models and to modernise international tax rules that are, in many ways, outdated.

There will be many design principles to work through at OECD level and implementation issues to consider. However, now there is such widespread support for the proposals, there are several considerations for tech companies to begin looking at.

The mobility and global reach of tech companies have allowed them to take advantage of flexibility within the current tax regime. Historically, tax planning strategies for US companies have involved shifting profits outside of the US by building and developing offshore business. For some, this has meant low overall effective tax rates, potentially driven by IP ownership in low tax jurisdictions.

While many of the existing international tax rules have changed the way tax planning is approached in some circumstances, average effective tax rates of US-based tech companies may still be below the 15% mark. As such, now is the time for groups that are likely to be affected by new rules to consider their global footprint, effective tax rates per jurisdiction, and the potential impact of a global minimum tax.

We would recommend reviewing global structures and modelling the possible financial impacts of the proposed changes. It’s also sensible for companies to consider their existing exposure under unilateral digital services taxes around the world and the net impact of their repeal and replacement.

Smaller companies should also be aware of the impact of changing international tax rules. For instance, if tech giants look to pass on their increased costs of doing business to smaller clients or suppliers.

New tax rules mean new reporting requirements and the need to gather appropriate data. Much of the content of the Pillar 1 and 2 proposals is based on accounting terms and financial reporting data. As we begin to see the detail of the proposals, we expect that tax and accounting teams will need to work together closely to build new analytics tools and extract relevant data.

This additional analytics and reporting burden could represent a significant cost for some companies in the tech sector.

Those businesses big enough to be within the scope of Pillar 1 must also consider tracking their customers and their location. US businesses are experiencing similar challenges in microcosm with regards to alignment between different states in the US tax system. The central issue is the same: who exactly is the end-user? The first step is trying to identify the granularity of user by user and source sales.

The current timetable aims for an implementation plan in October 2021, followed by an agreement in 2022 and implementation by 2023. If this goes ahead as planned with minimal disruption from political factors, particularly in the US and EU, companies will need to start planning for change soon.

The challenge here is trying to future proof operations while not having a clear idea of exactly what these reforms entail. “For companies that are acquisitive globally, we’ve been rethinking complex structures that have been utilised in the past,” says Melanie. “Keeping structures relatively flat may allow for navigating upcoming planning challenges more effectively.”

This is also an opportunity for tech companies to review their mapping and decision criteria. How does the equalisation of tax affect the choice of where to base operations or acquisition strategies? Other factors such as market access, customer base and availability of talent may become more important in these decisions as a result.

“I think this is something that sometimes gets lost in the detail,” says Fergus. “These changes will also impact investment decisions and where the next rounds of funding are going to go. A lot of tech companies may see the potential to optimise their operations.”

“It’s certainly true that tax may become a less prominent factor in investment decisions in the future,” says Matt. “With a global minimum rate, the race to the bottom for corporate income taxes will certainly come to an end, and the traditional pull of a low headline tax rate will become much less relevant.”

Still a long way to go

While companies know that changes are likely in the pipeline, it is important to stress that many of the details, as well as the timeline for implementation, remain unclear. Even though the agreements mark an important step forward and the momentum for lasting change is there, actually implementing new rules is still several years away. At the European Union level, Ireland, Cyprus and Hungary have not agreed to the proposals and remain opposed to them. We may see further challenges from these jurisdictions as implementation plans are aligned.

“Many may expect there to be a grandfathering and transition phase after the proposals are finalised,” says Fergus. “But this might not be the case, and the change could happen a lot faster than some were expecting. Either way, the fact that there is still uncertainty is not a reason to delay the start of a program for change around this.”

Some caution is still required, however. Companies need to make sure they maintain some agility and flexibility to be able to adapt quickly if needed. “The last thing companies want to do is rush to execute planning in anticipation of a change,” says Melanie, “just to have to unwind if the reforms are implemented differently than proposed or have unanticipated impacts.”

If you would like to discuss any of the points raised in this article and how they may affect your business, please speak to your local Grant Thornton office or one of the contacts listed below.