Hope is fast running out for companies that do not want to see unilateral measures being introduced across EU member states as only a few countries have yet to decide how to take action, if at all.

Who’s in, out and yet to decide?

As the digitalisation of the economy continues to create challenges for global taxation, a number of bodies – either in collaboration and some going it alone – have started to plan and execute the implementation of a digital services tax (DST).

In this article, our tax teams from across the EU member states have collected their thoughts on how their respective countries are considering the various proposals to tax the digital economy.

Globally, over the past five years, the OECD has been working to level the tax playing field from a global perspective with its BEPS Action Plan. The first of these actions, BEPS Action 1, focused on addressing the challenges of the digital economy.

After a slow start, work has now progressed apace, and on 23 January 2019 the OECD released a policy note on the challenges of digitalisation. A Tax Talk webinar on 29 January highlighted that the OECD has sped up its efforts in light of increasing planning for digital taxation; and the proposed timetable is now very tight. A public consultation document is to be released in February 2019, consultations will be in March, followed by an Inclusive Framework meeting in May and an update to the G20 Finance Ministers in June 2019.

One welcome safeguard is the statement that any new rules should not result in taxation when there is no economic profit, nor result in double taxation. The importance of tax certainty and the need for effective dispute prevention and dispute resolution tools are also being stressed.

However, there is a strong possibility the final recommendations could affect a much wider range of businesses than some of the highly targeted ‘interim measures’ being brought in by specific countries and discussed below.

DST across Europe – who’s in?

With the European Commission not yet achieving a consensus on their initial proposal for a 3% DST, as proposed back in March 2018, a number of territories have taken matters into their own hands and implemented ‘interim’ measures in respect in their local territories. 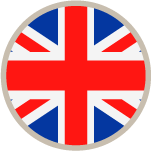 In the UK, the Chancellor of the Exchequer announced the introduction of a DST on 29 October 2018. The tax, which will apply to revenues rather than profits, is a departure from normal protocols, where corporate taxes apply to profits.

The tax will be applied at a rate of 2% to specific types of revenue arising from specified digital services and will come into effect from April 2020. The DST would apply on the revenues of specific digital business models where their revenues are linked to the participation of UK users.

The tax would apply to only three categories of business:

The UK government considers that these business models derive significant value from the participation of their users. The DST is not a tax on the online sales of goods, so it would only apply to revenues earned from intermediating those types of sales, not the underlying sale itself.

The legislation is designed to be narrowly targeted and only apply to larger businesses (exceeding a £500 million ($646.6 million) global turnover threshold from ‘in-scope business models’, and the first £25 million of relevant UK revenues will not be taxable. There will also be relief for low margin businesses.

Consultation is ongoing to define the scope, mechanism and design of the tax, and the UK government has said that if and when international consensus emerges, it will revoke its own provisions. 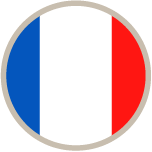 France is the most recent joiner to the club. Finance Minister Bruno Le Maire stated recently that a draft bill will be presented to the French Parliament by the end of February.

The proposed tax would apply to groups operating within the digital economy with an annual consolidated turnover greater than €750 million ($850 million) and with at least €25 million of turnover generated in France. This latter threshold is lower than the one proposed by the EU Commission, but is just for France.

The rate of the tax would depend upon turnover and 'should not exceed 5%', Le Maire has confirmed.

However, businesses are concerned that the proposed tax will take effect retrospectively from 1 January 2019. The French government expects that the tax could raise around €500 million per year. 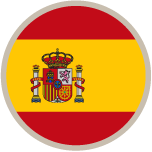 Spain has also taken interim measures with a proposal for a 3% DST. The proposal was presented for public consultation last year, approved by government and passed to Congress for final approval.

The tax will be levied to capture where end users in Spain are deemed to represent 'an essential contribution to value creation' for overseas businesses. Specifically, the tax will be charged on gross income (exclusive of VAT), where the following digital services are rendered:

The Spanish DST would apply to multinational groups earning more than €750 million in net global revenues, but the threshold of only €3 million of revenue in Spain is low compared to other states.

The DST would apply only when the user's digital devices are located in Spain or used from a Spanish territory and the IP address of the user’s digital advice will normally be used to determine its location. There are potential penalties of up to €400,000 per year for non-compliance or avoidance.

Thorough transfer pricing and international tax advice is likely to stay high on the priority list for multinationals. 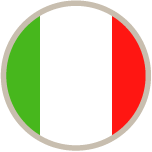 Italy is also recently included in the group of countries that have implemented DST measures. A new tax on digital services was introduced in the Italian Budget Law 2019 on 1 January 2019.

The Italian DST will apply with respect to digital services, performed individually or at the group level, by taxable persons either established or non-established in Italy, in the course of a calendar year. A high degree of user involvement in the generation of value is implied, but users have to be located in Italy. Further, the Italian DST does not apply in intercompany transactions.

At this stage, the Italian DST characteristics are in line with the proposed EU DST. This tax would be levied on the amount of revenues on digital supplies at a rate of 3% of the taxable base and apply to taxable persons with total revenues of more than €750 million, of which at least €5.5 million is derived from carrying out digital services in Italy.

The Italian Ministry of Finance is required to issue an implementing decree within the following four months (by 30 April 2019) and the DST will apply from the 60th day after its publication in the Oficial Gazette. The Italian tax authority is further required by the law to issue guidelines on the application of the DST. 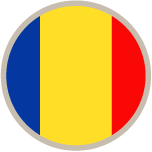 Romania recently took over the Presidency of the Council of European Union and digital taxation remains important.

According to the document, entitled ‘Taking forward the Strategic Agenda 18-month Programme of the Council (1 January 2019 – 30 June 2020)’, prepared by the trio of the future Romanian, Finnish and Croatian presidencies and the High Representative, chair of the Foreign Affairs Council, 'ensuring fair and effective taxation remains a key priority [for the EU]. There is a real need to adapt our taxation systems to the digital era. In this sense the three presidencies will take forward the work on the Commission proposals on digital taxation in line with the conclusions of the European Council'.

Romania, then, appears to be one of the remaining supporters of the EU’s proposal, and expects to give time, effort and resources to help the Commission in its task to reach a conclusion as soon as possible.

DST across Europe – who’s out?

Netherlands, along with Ireland and Luxembourg, is among the countries that have expressed strong reservations over the plans by the European Commission to tax digital companies. In the Netherlands, at least, an introduction of digital services tax does not appear high on the local agenda at present.

Other member states, including (but not limited to) Greece, have also expressed their concerns in respect of the EU Commission’s approach and we will have to wait and see how each territory will decide its next move.

DST across Europe – the yet undecided

Surprisingly, Germany has not pressed ahead with its own formal plans for a DST, despite initial attempts with France to reduce the scope of the levy by making it applicable only to internet companies’ sales.

An introduction of DST in Germany may not be on the cards in the immediate future, but is not being ruled out indefinitely.

Meanwhile, although Belgium is opposing the digital services tax as per the proposal made by the European Commission, it does so less vocally than some other opponents of the DST across the EU.

Belgium wants clarity on a number of aspects of the proposal, namely the definition of advertising, but is willing to engage in further discussions and possibly can be persuaded to implement the proposed solution in due course.

There remains, therefore, a feeling of somewhat disparate priorities.

As the European Commission’s plans have faced very public scrutiny from leading international figures, individual territories have begun to lead the way independently. It seems unlikely that those opposed in principle to this type of tax will hold out against it indefinitely as more and more countries bring it in. The concept is very popular with the public, although for businesses the reaction is much more cautious – many see it as a brake on innovation and potentially poorly targeted.

Nevertheless, as the OECD drives forward with global collaboration high on its agenda, maybe we will see more cohesive international taxation efforts in a globally digital economy, which in turn may give businesses some small reason to hope.

If you would like to discuss any of the areas raised, please contact your local Grant Thornton advisor or one of the contacts listed below:

This article was first published in TPWeek - www.tpweek.com