This tax guide provides an overview of the indirect tax system and rules to be aware of for doing business in Puerto Rico.

The Sales and Use Tax (SUT) is the main type of indirect taxation in Puerto Rico.
The SUT is a tax on all sales of tangible personal property or taxable service, admission rights, storage, use, or consumption in Puerto Rico, unless specifically exempted or excluded.
The SUT applies at the time of the sale or when the service is provided. It is also applied to goods, imported for use or consumption within Puerto Rico, and to items that will be part of inventory for resale. The taxpayer importing the products that will be used or consumed will be responsible for the payment of the use tax. It also applies to services rendered by a non-resident to a Puerto Rico merchant.
The responsibility for collecting the SUT and depositing it at the PRTD rests with the registered merchant which makes the sale or provides the service. A registered merchant who has been certified as a withholding agent by the PRTD will charge 11.5% SUT on all sales of tangible personal property or any taxable services provided. However, if the merchant that provides the services is not engaged in trade or business in Puerto Rico, the person responsible for the payment of the SUT is the person that receives the service in Puerto Rico, regardless of where the service has been rendered, provided that such service is directly or indirectly related with the operations or activities carried out in Puerto Rico.
The 11.5% SUT is distributed in two portions: 10.5% for the state, and 1% for the municipality in which the merchant is operating. The merchants are required to deposit 10.5% with the PRTD and 1% with the municipality in which operations are being carried out. On the other hand, the 4% Special SUT is only deposited with the PRTD (the business to business services (B2B) or designated professional services are not subject to municipal SUT).
The service transactions between two registered merchants were not taxable under the B2B exclusion. After the approval of Act 40 of 30 June 2013, certain services will no longer fall under the B2B exclusion and will be subject to SUT, even though the transactions are between two registered merchants.
Furthermore, Act 72-2015 not only increases the SUT rate to 11.5%, but also establishes a 4% Special SUT on B2B and designated professional services starting 1 October 2015. The following is the list of taxable services subject to the 11.5% SUT:
• certain bank charges
• collection services
• security services
• cleaning
• laundry
• repair and maintenance of real and personal property (not capitalised)
• telecommunications
• waste collection services
• operating leases of motor vehicles that constitute a daily lease.

The 4% Special SUT will be imposed on B2B services and the following designated professional services (DPS):
• certain legal services
• tax return specialists
• professional services regulated by their respective Examining Boards under the P.R. Department of State
• agronomists
• architects and landscape architects
• certified public accountants
• brokers, sellers and real estate companies
• professional draftspersons
• professional real estate appraisers
• geologist
• engineers and surveyors
• DPS if rendered by a non-resident person to a person located in P.R., regardless of the place where the service was rendered.
Certain exclusions from the 4% Special SUT are available for both B2B and DPS.
Besides the mandatory merchant registration certificate, the PRTD has implemented a set of additional certificates and waivers from the collection of tax and allows some taxpayers to claim credits for the tax paid on their purchases. These are:
• an exemption certificate for manufacturing plant – this provides an exemption for manufacturers on the purchase of raw material, equipment and other materials used in the manufacturing process
• an eligible reseller certificate – this provides an exemption to a reseller on the purchase of taxable items for resale. As a requirement, 80% of the inventory retired during the last three years were sales to exempt persons or for export
• reseller and municipal exemption certificate – this provides an exemption of the municipal portion of the tax paid directly to the municipality in which business is being conducted (1%). This allows the taxpayer to claim a credit of the tax paid on purchases for resale.
It is important to mention, that each of the above mentioned certificates and waivers have specific requirements that have to be met in order to be able to request them.
There are some items that are exempt from SUT under the Puerto Rico law, among them are the following:
• unprepared food
• prescribed medicines
• articles or equipment to compensate for physical or physiological deficiencies for disabled persons
• school or university books
• back to school tax free holiday – for the purchase of school articles and uniforms
• services provided to the Puerto Rico Government or the US Government
• services rendered by persons whose annual volume of business is $50,000 or less
• additional exemptions exist for child care centres, cooperative, hospital facilities and centres for the care of the elderly, among others.

A non-established business could also be required to register with the PRTD if it has sufficient nexus and Puerto Rico source income. The regulations issued by the Puerto Rico Treasury provide ten factors to be considered in the determination of nexus:
• if the merchant has establishments or offices in Puerto Rico
• if the merchant has employees, agents, or representatives in Puerto Rico, who solicit business or carry out business transactions in the name of said retail seller
• if the merchant owns tangible personal property or real estate in Puerto Rico
• if the merchant creates a nexus with Puerto Rico in any way, including, but not limited to the execution of sales contracts in Puerto Rico, direct marketing by any means, including, but not limited to, mail, radio, television, cyber portals, e-commerce or other electronic means, distribution of unsolicited catalogs, or advertisements from magazines, newspapers, billboards, cyber portals, websites, social media or other advertising means of distribution in Puerto Rico, whether electronic or not; and mail order sales.
• if there is an agreement or reciprocity with another jurisdiction of the United States, and said jurisdiction uses its taxing authority and its jurisdiction over the merchant in support of Puerto Rico’s authority
• if the merchant accepts, expressly or implicitly, the tax levied by ‘Subtitle BB’ of the code
• if the merchant has a sufficient connection, or a relationship, with Puerto Rico or its residents, but not those described in the above clauses, with the purpose or objective of creating a sufficient nexus with Puerto Rico to impose on the merchant the responsibility of collecting the SUT
• a merchant, including one considered ‘affiliated’ to said person, that is subject to the jurisdiction of the Commonwealth of Puerto Rico with respect to the SUT for selling taxable items in Puerto Rico, makes any of the following on behalf or for the benefit of said person
• the person enters into an agreement with one or several residents in Puerto Rico by which the residents, in exchange for a commission or other consideration, refer, directly or indirectly, potential buyers to the person, either by a link in an internet page, oral personal presentation, telemarketing or any other manner
• the person is a marketplace facilitator or a marketplace seller who sells and sends, or causes to be shipped, tangible personal property, including specific digital products, and services from any state, territory or foreign country to anyone in Puerto Rico via a link on an Internet page, for use, consumption, or distribution in Puerto Rico, or for storage to be used or consumed in Puerto Rico. Such activities shall be deemed to be carried out on an ongoing, recurring basis and in the ordinary course of business if the marketplace facilitator or marketplace seller has volume of business, that is total gross sales, in Puerto Rico in excess of one hundred thousand dollars ($100,000), or if he carries out at least two hundred (200) transactions during his accounting year. In the case of the marketplace seller, for these purposes, only those sales that are not made through a marketplace facilitator will be taken into account.
• the person which is not a transportation business or carrier or third intermediary acting in said capacity, imports or causes to be imported, tangible personal property from any state or foreign country for sale in Puerto Rico via link in an internet page, for use, consumption, or distribution in Puerto Rico, or for storage to be used or consumed in Puerto Rico.

Recent government legislation has expanded the definition of nexus to amplify situations in which a merchant is considered to be engaged in the sale of tangible personal property in Puerto Rico. Among them, marketplace facilitators and marketplace sellers who sell and send, or causes to be shipped, tangible personal property, including specific digital products, and services from any state, territory or foreign country to anyone in Puerto Rico via a link on an Internet page, for use, consumption, or distribution in Puerto Rico, or for storage to be used or consumed in Puerto Rico. These activities shall be deemed to be carried out on a continuous basis if the gross revenues related to the activities exceed $100,000 or the merchant carries out at least 200 transactions during the accounting year.

Yes. If services are rendered by a non-resident person to a person in Puerto Rico, they shall be subject to SUT by self- imposition (reverse charge).

It is not mandatory to appoint a fiscal representative to complete the registration.

SUT returns (State and Municipal) have to be submitted the twentieth day of each month. The return will include the transactions that occurred in the month before the return is being submitted. All returns must be submitted electronically.
State monthly returns have to be submitted through the SURI System of the PRTD and the municipal returns mostly through a filing system known as COFIM, but will depend on the municipality where the operations are being conducted.

Yes. A ‘Declaration of Imports’ (Form SC 2970) must be completed each time tangible personal property is introduced to Puerto Rico for sales, use or consumption. If a maritime carrier is used for the importation, the taxpayer will be required to complete a declaration of imports and pay the corresponding tax to obtain a release authorization by the Puerto Rico Treasury Department. If an air carrier is used for the importation, then the taxpayer is required to complete a declaration of imports on or before the 10th day of the month following the month of importation. The importation rules also apply to downloads of computer programs which are considered tangible personal property for purposes of the Puerto Rico SUT.

Yes. A range of penalties can be imposed where businesses do not comply with the SUT rules.

Can the VAT incurred by overseas businesses be claimed if they are not registered in Puerto Rico?

Each merchant responsible for collecting SUT will include the tax in a separate line in the receipt, invoice or any other evidence of the sale. The segregation of the tax between the state and municipal portions is mandatory. Therefore, the merchant must have a receipt or invoice reflecting the total cost of the items purchased and two separate lines reflecting the state portion of the SUT and the municipal portion of the SUT.

In addition, merchants required to use the fiscal device of the SUT regulatory program, must provide a receipt issued by the fiscal terminal to their clients. 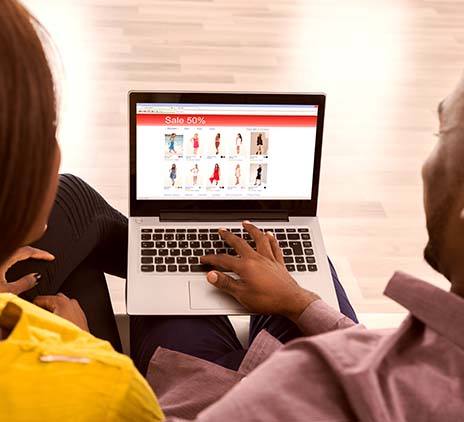