What the OECD implementation package means for you

On 20 December 2022, the OECD released its long-anticipated implementation package for Pillar 2, in this article, we provide a summary of the key highlights and what that means for the actions businesses should take.
In this article

The OECD has been working on its Base Erosion and Profit Shifting (BEPS) project now for nearly a decade. Progress relating to the two-pillar approach (BEPS 2.0) to address the challenges in the modern international tax landscape has been accelerating in recent years.

As part of BEPS 2.0, the OECD has focused on ensuring multinational businesses pay their tax in the 'right place' (Pillar 1) and at least at a 'minimum rate' (Pillar 2).

Over 130 countries have signed up to implement the Pillar 2 rules and the OECD’s Model Rules and commentary were released in December 2021 and March 2022 respectively. These rules will seek to ensure multinational enterprises (MNEs) are paying tax at an effective rate of 15% or higher in every jurisdiction they operate, regardless of the local headline tax rate or the impact of local tax reliefs. These rules will apply to multinational businesses with consolidated global revenue in excess of EUR 750 million.

Where the effective rate of tax is below 15% in any jurisdiction (and subject to a number of exceptions) the tax must be 'topped up' by the group, usually in the jurisdiction of the ultimate parent entity.

On 20 December 2022, a year after the release of the Pillar 2 Model Rules, the OECD released its long-anticipated implementation package for Pillar 2, which includes three key documents covering:

In this article, we provide a summary of the key highlights in these new documents and make some practical suggestions on the actions businesses could take to prepare.

For more detail on the Pillar 1 and Pillar 2 rules, what they mean for your business and the importance of early preparation, please visit our international tax website hub. 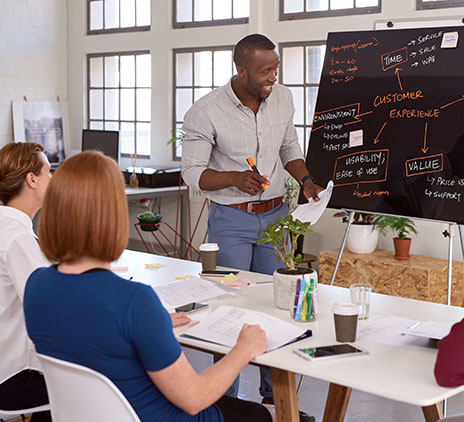 Gearing up for Pillar 2: Five actions businesses can take now

The OECD held a public consultation in April 2022 on the Implementation Framework and received significant input from stakeholders outlining concerns over the compliance burden that Pillar 2 could give to multinational enterprises (MNEs) even where no tax was at stake. As such, a serious need for simplification was identified.

The guidance on safe harbours and penalty relief confirmed:

We will discuss each of these areas below.

The ‘Transitional CbCR Safe Harbour’ has been designed as a short-term measure during the specified transition period (fiscal years beginning on or before 31 December 2026 and ending on / before 30 June 2028). This seeks to minimise the compliance burden for so called ‘low-risk’ jurisdictions by excluding them from the main Pillar 2 calculation. In order to meet the requirements of the safe harbour for a particular jurisdiction, at least one of the following tests must be met:

The data used to determine whether the requirements above are met can be taken straight from financial statements and country-by-country reports (with only a small number of adjustments required). It is intended that using such readily available and easily verifiable data should provide clarity to businesses and simplify any calculations in the early years of adoption where an MNE meets one (or more) of the tests.

There are various complexities arising from the Pillar 2 rules that MNEs may need to apply to their specific business. These too will need to be taken into consideration when applying the transitional CbCR safe harbour provisions, so the devil will still be in the detail.

A framework for permanent safe harbours

It is not possible to say with certainty at this time, exactly how the permanent safe harbours will evolve. Nevertheless, the OECD has confirmed that in order for a safe harbour to be appropriate it must:

The Implementation Framework provided some high level indications of the form these safe harbours will take. Nevertheless, further work is undoubtedly required in order to develop these for the longer term:

To provide a soft-landing during the transition period it is proposed that no penalties or sanctions apply where an MNE has taken 'reasonable measures'. The term 'reasonable measures' is not defined in the document and it will be for tax administrations to assess based on the facts and circumstances in each case – though reference is made that Tax Authorities could consider an MNE has taken such measures where it is able to 'demonstrate that it has acted in good faith to understand and comply with the relevant domestic application of the GloBE Rules and the QDMTT'.

Public consultation document on tax certainty for the GLoBE Rules

The inclusive framework jurisdictions have agreed to implement the Pillar 2 rules using the 'common approach'. This ensures that the rules are implemented consistently across the relevant territories to minimise discrepancies. Nevertheless, given that the main elements of the Pillar 2 rules must be enacted through domestic legislation in each jurisdiction separately, there remains a risk that interpretations could vary, leading to divergent outcomes.

In order to minimise such risks, the Implementation Framework has identified a number of mechanisms which are currently being explored by the inclusive framework as options to provide tax certainty. These are broadly split into two distinct mechanisms:

The OECD has requested input from stakeholders as to the design of the potential mechanisms for dispute prevention and resolution, the request for stakeholder comments will close on 3 February 2023.

As part of the Pillar 2 rules, MNEs will be required to file a GloBE Information Return (GIR), usually, but not always, in the jurisdiction of the ultimate parent entity. The submission deadline for the GIR will be 15 months after the end of the accounting period (extended to 18 months for the year where an MNE transitions into the Pillar 2 rules).

As part of the Implementation Framework the OECD has released details of the data points which it intends to form the basis of the GIR. Broadly these are split into four sections:

The exact number of data points required will be dependent on the specific facts of the MNE Group and will be subject to change; the OECD is now inviting stakeholder comments on the specific data points highlighted in the public consultation document and where these could be simplified or rationalized (the consultation is open until 3 February 2023). However, the GIR will undoubtedly place a large burden on MNEs for compliance purposes.

What should businesses consider now to prepare for Pillar 2?

It is important that businesses within the scope of Pillar 2 are ready ahead of the rules coming in. Some key questions to address include the following:

If you require any assistance answering any of these questions, please contact your local Grant Thornton member firm who can put you in touch with a Pillar 2 specialist.

Stay ahead of international tax changes

Those with the confidence, agility and knowhow to build operational and business model changes, required by Pillar 2 and other international tax changes, into their wider business strategy will increase resilience and minimise disruption when the changes happen.

Thanks for subscribing. We look forward to keeping you updated with the latest tax insights.