Why businesses need to act now on OECD Pillar 2

By:
Vikas Vasal,
Matt Stringer,
Christina Busch
With the go-live dates for OECD Pillar 2 delayed, there may be a temptation to put implementation on the backburner. But given the need to find out how much each company's tax bill could rise under Pillar 2 and with the compliance demands likely to put systems under severe strain, the case for getting preparations underway is compelling. Drawing on Grant Thornton’s 2022 International Business Report (IBR), and input from our tax and advisory specialists worldwide, here are six reasons why businesses should act now on Pillar 2.
Contents

“Governments and people want businesses to pay their fair share of tax. This goes to the heart of the 1% versus 99% debate that has gathered pace in the wake of the global financial crisis and subsequent COVID 19 pandemic,” says Vikas Vasal, global head of tax, Grant Thornton International. “The global minimum tax ushered in by OECD Pillar 2 is the most decisive stage of policymakers' response to this public pressure. It’s not just the ambition of Pillar 2 that is so significant, but also the international consensus that surrounds it, with over 130 countries agreeing to implement the new measures.”

What is Pillar 2 and why does it matter?

Pillar 2 imposes a minimum 15% corporate tax on multi-national enterprises (MNEs) with over €750 million in global turnover. As such, Pillar 2 aims to end what US Treasury Secretary Janet Yellen has described as the 'race to the bottom' on corporate tax rates worldwide. By requiring ‘top-up’ taxes where the effective tax rate (ETR) of a multinational enterprise (MNE) in a jurisdiction is below the 15% threshold. Pillar 2 would also make it much harder to minimise tax by recording profits in low tax jurisdictions and costs in high tax counterparts.

OECD Pillar 2 runs alongside Pillar 1, which requires qualifying businesses to register and pay tax where they create value rather than just where they have a physical presence, including e-commerce sales initiated outside the jurisdiction. Crucially, the qualifying turnover for Pillar 2 is much lower than Pillar 1 (€750 million as opposed to €20 billion), bringing thousands of companies into the net.

How much tax each business pays and where they pay it could change under Pillar 2, in some cases quite significantly. The big question is how much and where. The only way to answer this is to assess the impact on the specific business. This in turn requires the capabilities to make what is likely to be a complex enterprise-wide evaluation.

Why the delays to enacting Pillar 2?

Agreement in principle is one thing. Enacting Pillar 2 in national legislation and applying it in practice is another. Even with the latest OECD guidelines (Model Rules), there is considerable room for variations in interpretation and implementation in different jurisdictions. The complexities of imposing a globally binding minimum tax rate across multiple jurisdictions, subsidiaries and affiliates are heightened by the changing priorities emanating from rising inflation and the current geo-political situation. 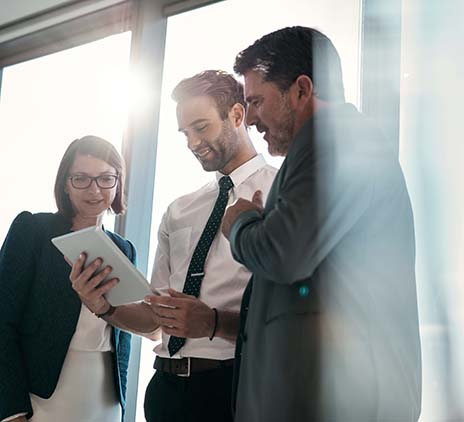 Six reasons why businesses should act now on Pillar 2

With the introduction of Pillar 2 delayed, why should businesses act now rather than waiting? Early preparation could provide valuable competitive advantages ranging from strengthening the brand reputation to more informed operational planning and better understanding and control of costs. Conversely, doing nothing could increase the costs and exacerbate the risks.

1. Tax is under the spotlight
With tax contributions and fairness in the public’s sights, a last-minute approach to Pillar 2 implementation could make it harder to evaluate, communicate and manage the potential reputational risks surrounding how much tax the business pays and where.

2. It’s going to disrupt the cost base
Respondents in our IBR survey expect their effective tax rate (ETR) to rise by 4.6% on average. This is an unprecedented jump, adding to the pressures of already rising costs.

With tax making up such a significant proportion of costs, it’s important to run detailed forecasts of jurisdictional and group-wide impacts, how this can be managed and how to begin communicating this to boards, investors and other key stakeholders.

3. It’s a massive task
With little more than a year before Pillar 2 comes into force in some jurisdictions, the clock is ticking.

Most of the respondents in our survey are confident that they can cope with the demands. But as we’ve found in our work with a range of different businesses on Pillar 2, the more they delve into the detail and seek to apply the model rules to their particular operations, the more they recognise the complexities of implementation and ongoing compliance. Key hurdles include a new global tax return drawing on data that may never have been collected before (eg from each jurisdiction rather than just division).

“Allowing implementation planning and execution to slip is a significant risk, especially if the business is forced to throw in huge amounts of extra resources in a last-minute bid to get over the line in time. What’s also clear is that reliance on people and spreadsheets to meet the compliance burden is unfeasible. Implementation requires a major step-up in data sourcing, process automation and integration of tax into enterprise resource planning systems, all of which takes time,” says Christina Busch, partner and head of international tax, Grant Thornton Germany.

4. Restructuring needs to take account of Pillar 2
As business models change and operational relocation and restructuring gather pace, Pillar 2 needs to be an integral part of scenario evaluation and strategic planning. Without this, unforeseen costs could derail plans – we explore the strategic implications of Pillar 2 in the next article in this series.

5. The delays are creating a vacuum of uncertainty and risk
While some countries are delaying, others are keen to press ahead. In the UK, legislation introducing Pillar 2 will be implemented in the coming Finance Act. The Netherlands has recently published a draft bill on Pillar 2 called 'Minimum Tax Rate Act 2024', inviting input from different stakeholders. Germany has announced that draft legislation will be available within the first quarter 2023, and that it would be prepared to implement its interpretation of Pillar 2 unilaterally, rather than waiting for agreement among the other EU member states.

The more jurisdictions go it alone, the greater the uncertainty and complexity of tax management across the different markets in which the business operates. For example, it’s conceivable that some countries might impose a lower qualifying threshold for minimum tax than the OECD Model Rule €750 million. It’s therefore important to be ready for what looks set to be a confusing patchwork of different local rules before Pillar 2 finally fills the vacuum.

Key updates on the global implementation of Pillar 2

6. No escape
Ultimate parent entities (UPEs) in countries that delay or choose not to introduce some form of Pillar 2 would still feel the impact in the dozens of jurisdictions that do, putting them at risk of tax disputes, double taxation and litigation.

Get up to speed on Pillar 2

Far from being a welcomed pause, pushing back the deadlines on Pillar 2 could actually create more risk and more work down the line. Acting now not only paves the way for smoother and more cost-effective implementation, but also a more joined-up approach to tax that builds it into the overall business and tax strategy.

In the next article is this series, we look at how Pillar 2 fits into the wider shake-up in business and operating models worldwide. We round off the series with a five-point action plan that businesses can begin executing now. 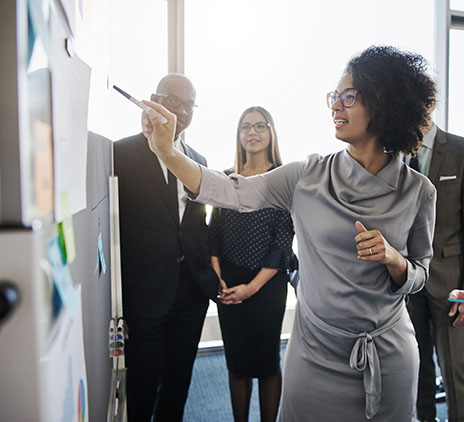 For support on Pillar 2 implementation, contact your local Grant Thornton team, or one of the contributors below.