By:
Mark Hucklesby,
Sarah Carroll
Mergers and acquisitions (business combinations) can have a fundamental impact on the acquirer’s operations, resources and strategies. For most entities such transactions are infrequent, and each is unique. IFRS 3 ‘Business Combinations’ sets out the accounting requirements for these transactions, which can be challenging to apply in practice.
Contents

Our ‘Insights into IFRS 3’ series summarises the key areas of the Standard, highlighting aspects that are more difficult to interpret and revisiting the most relevant features that could impact your business. IFRS 3 has specific guidance on how some items are recognised and measured. This guidance is described as a series of exceptions to the general recognition and measurement principles. This article summarises this specific guidance and provides examples to illustrate its application.

This article summarises the specific guidance on how some items are recognised and measured and provides examples to illustrate its application. 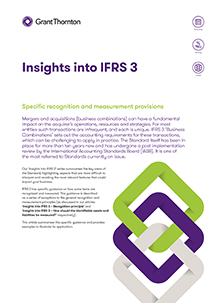 This exception applies from 1 January 2022, although it can be adopted early if at the same time (or earlier) an entity also applies all the amendments to IFRS Standards resulted from ‘Amendements to References to the Conceptual Framework’ issued in March 2018.

Note: For example, applying the definition of a liability in the Conceptual Framework and not IFRIC 21 may result in recognising (at the acquisition date) a liability to pay a levy that would not be recognised subsequently when applying IFRIC 21 (which would have created a day 2 gain). Applying IFRIC 21, an entity recognises a liability to pay a levy only when it conducts the activity that triggers the payment of the levy, whereas applying the Conceptual Framework, an entity recognises a liability when it conducts an earlier activity.

Share-based payment awards - Measured in accordance with IFRS 2 ‘Share-based Payment’ which refers to there being a ‘market-based measure’. This means vesting conditions, such as service conditions and performance conditions (but other than market conditions), should not be taken into account when estimating the ‘fair value’ of the shares or share options granted as part of the award.

Insurance contracts (exception applicable to business combinations with an acquisition date after the earlier of when IFRS 17 is first applied or 1 January 2023) - A group of contracts within the scope of IFRS 17 ‘Insurance Contracts’ acquired in a business combination, and any assets for insurance acquisition cash flows as defined in IFRS 17, is measured as a liability or asset in accordance with IFRS 17 at the acquisition date.

The acquirer is not required to recognise right-of-use assets and lease liabilities for leases for which:

Reacquired rights - Fair value is determined based on remaining contractual term of the related contract without attributing value to possible renewals. If the acquirer previously granted a right to the acquiree to use the acquirer’s intellectual property or other asset (such as a trade name or licensed technology), a separate ‘reacquired right’ intangible asset is recognised even if the underlying asset was not previously reported. 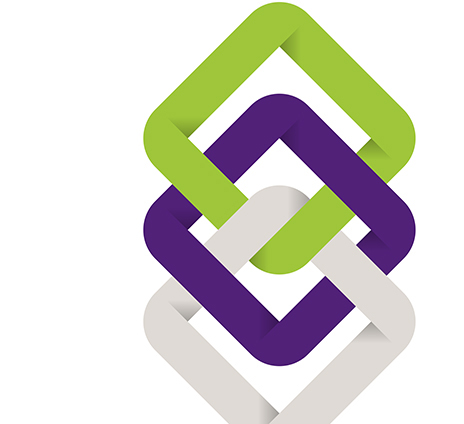 How should the identifiable assets and liabilities be measured?

If the terms of the contract that gives rise to the reacquired right are either favourable or unfavourable compared to current market terms, the acquirer recognises a gain or loss on the acquisition date, separately from the business combination for the effective settlement of the pre-existing relationship. This latter aspect is discussed in our article ‘Insights into IFRS 3 – Determining what is part of a business combination transaction’.

We hope you find the information in this article helpful in giving you some insight into IFRS 3. If you would like to discuss any of the points raised, please speak to your usual Grant Thornton contact or your local member firm.