Business health in ASEAN countries is improving, but outbreaks of the COVID-19 Delta variant are hampering the speed of recovery. With a reputation for dynamism and innovation, the ASEAN group of countries – represented in our research by Indonesia, Malaysia, the Philippines, Singapore, Thailand and Vietnam – remain poised to take advantage of improving global economic conditions. However, the headwinds of slow vaccination rates outside Singapore and renewed lockdowns are preventing ASEAN economies from achieving their full potential.

Measuring the health of mid-market firms across ASEAN countries, the latest Grant Thornton index edged into positive territory in H1 2021, lifting three points to 0.8, but was six points below its pre-COVID-19 level. The International Monetary Fund cut this year’s growth forecast for the ASEAN-5 (Indonesia, Malaysia, the Philippines, Thailand and Vietnam) by 0.6 points to 4.3%, reflecting the group’s slow recovery in confidence.[i]

Businesses are cautious about investment and anxious about accessing finance for growth, while lockdowns and border closures restrict the flow of much-needed skills in the region.

Rodger Flynn, regional head of Grant Thornton International Asia Pacific, says: “The pandemic is affecting skills availability, trade and services. The Delta variant, prevalent in Indonesia and the Philippines, has shut borders in most countries in the region, which would have traditionally welcomed labour from those countries.”

Although below the global average, the ASEAN outlook, which gauges growth expectations, rose by five points to 53.5 and saw improvements in conditions, investment and optimism but was below the global average. Restrictions within the group are proving persistent and measure relatively flat, preventing further uplift in the overall index.

Optimism in the economy increased seven percentage points (pp) to 64%, compared to a global average of 69%. However, it was the highest recorded level in ASEAN countries since Q2 2018.

Malaysia saw optimism jump the highest, leaping 20pp to 59%. And Indonesian firms were the most optimistic among ASEAN countries at 78%, and third most optimistic globally. The country experienced a milder recession than most[ii]: manufacturing activity is expanding, driven by domestic and foreign demand and higher commodity prices. Meanwhile, businesses in Singapore were less optimistic than in H2 2020, falling four percentage points, following tightened pandemic restrictions and border controls.

Robert Hannah, leader of the international business support function at Grant Thornton International, says: “In the next wave of global growth, whenever that comes, the ASEAN region is where businesses are going to come. It’s got the people, the skills base, the mindset and the cost structure. However, we need to see how well national economies can recover from the cost of the pandemic.”

In recent times ASEAN countries have built a reputation on their confident export forecasts. However, H1 2021 saw export intentions unchanged at 43% while other regions anticipated acceleration in exports over the next 12 months.

The number of ASEAN firms expecting to increase employees focused on non-domestic markets eased from 35% to 33%. The Philippines was the only country in the bloc that saw the number of businesses anticipating a material increase in internationally focused employees, rising from 36% to 40%.

These more muted export intentions are possibly temporary. Jonathan Donde, director of strategic growth market development at Grant Thornton International Ltd., says: "ASEAN countries are expected to be beneficiaries of regional trade tensions between China and Australia, in the same way that countries such as Vietnam were beneficiaries of the US/China trade war. Coupled with large regional trade agreements that have been signed, you'd think export optimism would be higher at this point."

Due to resurgent COVID-19 cases in the region, businesses investment intentions have only modestly increased when compared with H2 2020. Technology was a notable exception, with the number of businesses expecting to increase investment climbing seven percentage points to 56%. Indonesian businesses are most bullish, with 66% of mid-market firms intending to boost their technology spending.

Technology is increasingly seen as an enabler for internationalism, both for exporting and making FDI easier in local economies, something ASEAN countries have successfully focused on recently. Robert Hannah says: “Countries like Vietnam, which have probably used China as a stepping stone to the global economy, are maybe feeling a bit more emboldened because of technology. Businesses are asking themselves: ‘Why don’t we go direct to the global market?’ They have an increasingly educated workforce, and technology is showing them that they can go to any place in the world.”

A recent survey by Standard Chartered in ASEAN revealed that intra-region investment was on firms’ agendas – with Singapore, Thailand, Vietnam and Indonesia the most favoured nations for expansion and investment.[iv]

Robert Hannah adds: “The region should be pushing ahead in investment. It’s got the opportunity to build serious manufacturing and production capability, invest massively in technology, digital and data, and could set itself way ahead of the rest. But there’s a slightly cautious culture among the large proportion of family-owned businesses within the group that may be holding back investment.”

Despite secondary and tertiary pandemic waves, uncertainty improved by two percentage points to 62%, close to the global average. However, uncertainty is significantly worse in Singapore and Vietnam, where businesses citing economic uncertainty as a constraint was up nine and 16pp respectively.

Businesses in ASEAN remain concerned about supply constraints reflecting a key concern globally. Concerns about the availability of finance rose generally, but were particularly marked in Singapore and Philippines, where the percentage of businesses citing this as a concern rose nine percentage points each to 59% and 56% respectively.

Chris Cracknell, chairman of Grant Thornton Thailand, says: “Banks are going to be more cautious on their lending and more cautious about their balance sheet and ratios. They’ll also look at the amount of borrowing taken by the government, and they’ll see significant government borrowing in just about every country. And as a result of that, there will be a higher level of caution.

“We’ve been saying to companies: If you’ve got a line of credit, then draw it down. Get it in place and use it. Take the money out and have it ready to support your working capital needs in the future. If you wait until you see the rebound in your business, you may not have access to cash to support that growth.”

Firms also showed increasing concern about the availability of skilled workers, with 43% in the region citing a shortage of skills, up four percentage points from H2 2020. However, this was mixed across the region and skewed by Singapore firms, which saw concerns about labour leap by 18pp.

As an international financial centre and trading hub, Singapore has more demand for highly skilled employees over more manufacturing-based economies, and has taken on fewer overseas workers through the pandemic.

The number of Thai businesses anxious about skills rose 10pp to 53%. Chris Cracknell says: “Thailand has had labour shortages for years, and the level of productivity per unit of labour is not as high as it needs to be. It has done very well at getting labour to work effectively, but needs more skilled labour focused on the new target industries. If you look at Cambodia, the Philippines, Indonesia and Vietnam, they are much cheaper labour bases. Indonesia is going to be the one to watch in the near future. It’s got a large labour force that’s willing to learn, and it’s making itself a more attractive country to go to.” 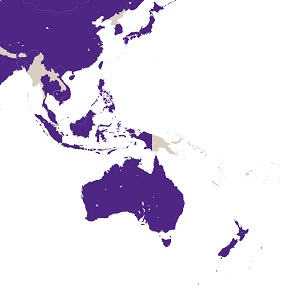 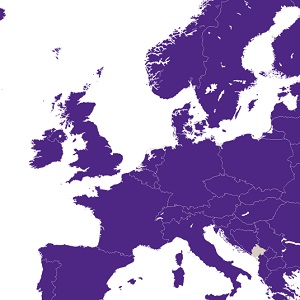 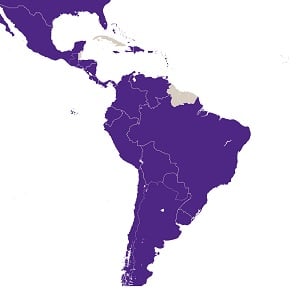 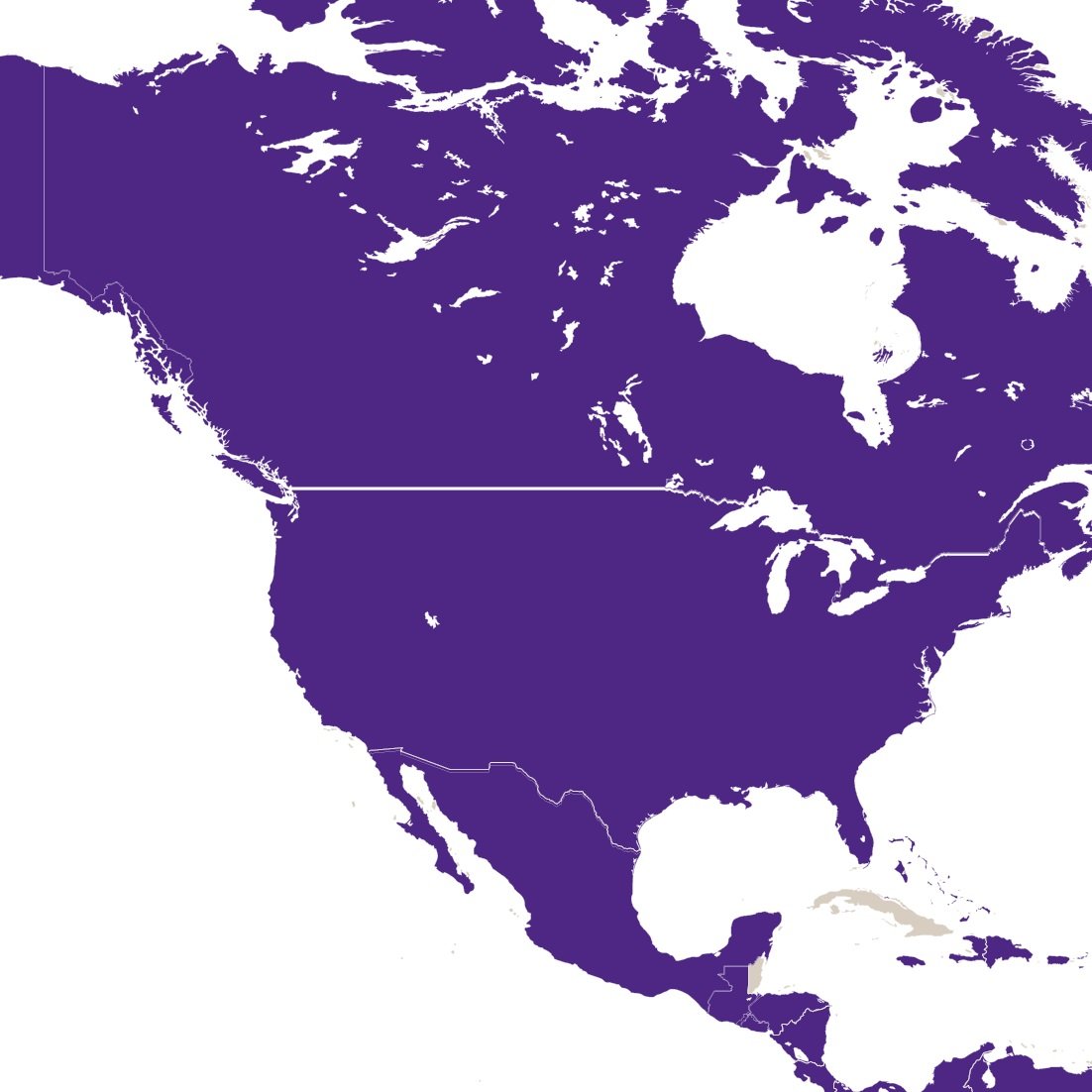 Please get in touch with us if you’d like to discuss the challenges or opportunities that you have at this stage in the pandemic.