Grant Thornton’s global research has shown a lift in the number of women in senior management in 2021. But it’s not a recent shift. It’s a building of momentum. A lot of the diversity strategies organisations have put in place take time to impact. There’s been a significant shift towards creating the right inclusive, supportive environment over the last few years.

Nonetheless, the pandemic has created a window of opportunity to include more women in senior management. The most obvious initial impact was that many of us were forced to work from home. This challenged traditional thinking around what working flexibly means and should have a lasting impact on how leaders think about it. It might even have changed some decisions leaders made during 2020, by removing unconscious biases, leading to a more positive evaluation of female talent.

The downside, shown by a lot of research conducted during 2020, is that a substantial amount of day-to-day home-caring and support was carried out by women. But because more men have been working from home, and experienced what that’s like, there has also been a growing understanding of the demands of caring responsibilities.

The pandemic experience highlights the importance of empathy in leadership

COVID has changed the relationship between employers and employees, between managers and their people. Those leaders who are empathetic, who have leant in, have connected with people differently and created a safe environment for their people.

These attributes, which have traditionally been allocated more to female leaders, have risen up the scale of importance. This has created an opportunity because what was previously called out as soft, or not having a commercial focus, or displaying an unwillingness to make hard decisions, is now being recognised as a different type of strength. Those characteristics have become more desirable.

This shift is significant. There will be an expectation that leaders post-COVID change the way they lead if we want to bring in talent, and keep people engaged. That creates an avenue for women into senior roles.

COVID didn’t create this shift: it accelerated existing trends and attitudes towards flexible working, the importance of diversity to innovation and business success, and the need for more empathetic, more transparent leadership.

Part of that more connected leadership is an increased awareness of the needs of staff below the leadership level – their mental health and career development.

Some employees have suffered through lockdown with the lack of social interaction that comes from office life. But in a lot of ways, remote working has created more access to leaders than previously. In an office environment, there’s often an invisible hierarchical structure that’s more difficult to maintain in the virtual world.

Because it’s easy for anyone to join calls, some people might have got more exposure and been more involved than previously. Mentoring and side-by-side coaching may have dropped off, but there’s been a focus on getting people access to training. With online learning, there’s even been an increase in accessibility. Peer support and interaction is also more deliberate. A more focused way of exposing people to opportunities has been created. 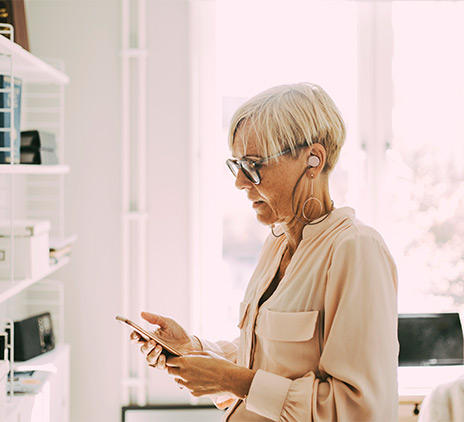 Changing leadership in 2021 and beyond

We’ve seen the numbers of women in operational C-suite positions rise, while the number of women in senior human resources and people and culture roles is dropping.

Our research shows that there are more female managing directors and chief executive officers (CEOs) than ever before, with 26% of these roles now held by women. A lot of the benefits of having female CEOs are now playing out in how organisations are run. This is about being open and able to take in collective views. We’ve also seen an increase in females on boards, which in turn determine who gets the CEO role. Then there’s been an increase in the percentage of females in senior management, so the succession talent pool is stronger.

Those factors have driven the increase in female CEO and MD numbers. What’s interesting is the decrease in females in HR roles. One reason is the huge amount of talented women who entered people and culture roles because there weren’t the same kind of barriers as there were with the operational roles. Talent had been diverted into HR, and as opportunities have opened up, some of these women have shifted into operational roles.

A second factor is that boards are more open to having HR leaders move into operational roles, because they value their skills. The third reason is that the prominence of the people and culture role has changed significantly in the past 10 years. Today most organisations have an HR or people and culture leader on their executive team. This role has become more about strategy and critical to the success of the organisation, and so is increasingly attractive to men. Meanwhile, a lot of talented women who may previously have pursued a career in HR are now seeing increasing opportunities to move into other C-suite options.

Forward-looking businesses are in an advantageous position

Forward-looking businesses are in a position to take advantage of this window of opportunity to create significant change.

Businesses need to consciously look at the positive shifts that have occurred around diversity, inclusion, and women in leadership, and lock those in. Then they need to deliberately look at policies and processes that support those changes, whether that’s remuneration models or how people interact.

We have to ensure that as we shape the future work environment that are likely to include increase in hybrid home and office models, we take the learnings from the pandemic into account. The more flexibility businesses provide in how and when people do in their jobs, the more engagement they’ll get, and the more attractive they’ll be as employers. We need to have an environment and culture where people feel safe to speak up, ask questions, challenge the status quo. And where leaders and those responsible for leading teams show up every single day and live the core tenets of D&I.

The worst thing we can do is close the door and go back to where we were. Any organisation that thinks it can control risk by not taking risks hasn’t been awake for the last year: there are things we don’t have any control over. Organisations sitting in a 2018 mindset won’t just be standing still; they’ll go backwards.

As leaders, we should think about how we shape the workforce, how we continue to accelerate diversity in our senior roles, how we support women coming through. Not just say, “Now the world has changed and it’s all going to be okay.” That’s the worst thing we can do.

Take a look at our latest report to explore the impact of Covid-19 on the D&I landscape. 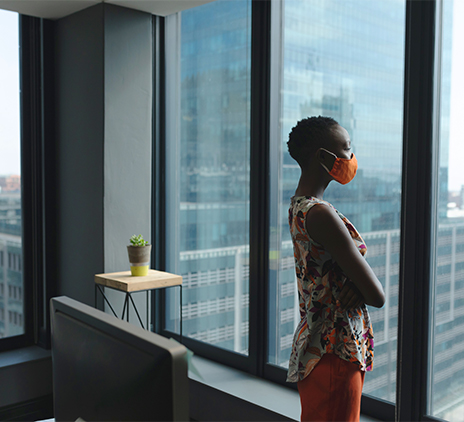 Read this article
TAGS
Authors
Sign in with LinkedIn Close