Rounding up the outcomes of the 2022 UN Climate Change Conference, we hear from Ivri Verbin, co-chair of our Global Sustainability Solutions Steering Committee (SSSC) who was at November’s global summit in Egypt.
Key highlights from COP27

COP27 was a much-needed chance for global leaders to refocus on climate change despite a difficult geo-political backdrop. As nations sought the best outcomes for their populations, discussions between the 100-plus world leaders continued for days after its official finish.

Among the attendees was Ivri Verbin, co-chair of Grant Thornton’s Global Sustainability Solutions Steering Committee. “COP27 highlighted that we are still far from meeting our global goals,” he reported. “The business world including SMEs can help drive the necessary change through collaboration with the public sector. I believe that it is our role as businesses' trusted advisors to help facilitate and support them in their sustainability journey. We can and must step up to respond to the challenges of climate change.”

We did not see as many big commitments in Egypt as last year. But, positive progress was achieved at COP27 and it's clear that organisations have a responsibility to act. 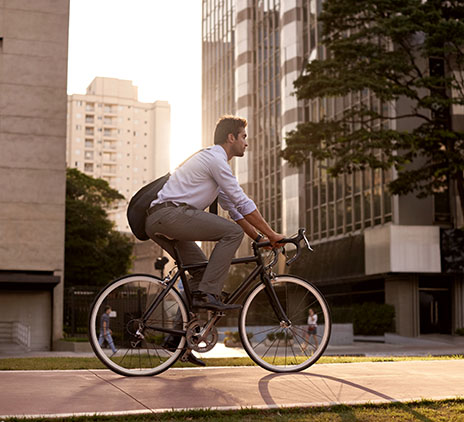 What COP27 and Climate Action Mean for Businesses and SMEs: 4 Key Takeaways

After years of debate, the highest-profile outcome of COP27 was an agreement on a fair way of providing funding to those countries most vulnerable to, and least responsible for, climate disasters, helping their communities to rebuild after impactful extreme weather events.

The ‘Loss and Damage’ fund is a ground-breaking decision. A new transitional committee will be created for recommendations on implementing the agreements and is expected to meet by April 2023.

“We have determined a way forward on a decades-long conversation on funding for loss and damage – deliberating over how we address the impacts on communities whose lives and livelihoods have been ruined by the very worst impacts of climate change,” said Simon Stiell, UN climate change executive secretary.

No agreement was, however, reached on how and from where the fund will be financed.

Global temperature rise is falling out of reach

Nations reaffirmed their COP26 commitments to limiting global temperature rise to 1.5oC above pre-industrial levels – described by UN secretary-general António Guterres as the “battle for our lives”. But UN analysis gave new evidence that this target will be missed, with the world on track for 2.5oC warming under national 2023 climate plans.

“COP27 has confirmed that the world will not backtrack on the Paris Agreement; an important step towards climate justice,” said EU president Ursula von der Leyen. “However, science is clear that much more is needed to keep the planet liveable.”

Despite this, some countries tried to pull back on the updated or new climate pledges they submitted at COP26. And, worryingly, the resolution to ensure greenhouse gas emissions reach their peak by 2025 was abandoned.

Meanwhile, to track the effectiveness of climate mitigation efforts, it was announced that the first Global Stocktake will be published at COP28. “For the very first time we will take stock of the implementation of the Paris Agreement,” said Steill. “It will independently evaluate the progress we have made and if our goals are adequate.”

Advances in energy technology, including nuclear, hydrogen fuel cells and electric vehicles were showcased at the event. With rapid electrification projects to drive energy democratisation. And a five-year work programme was launched to promote climate technology solutions in developing countries.

Hydrogen was heavily promoted at COP27 as an opportunity to welcome a new era of cheap, reliable, renewable energy, particularly in oil and coal dependent sectors. The Hydrogen Transition Summit advocated hydrogen as one of the most promising options for the creation of a low carbon transport infrastructure.

“Green hydrogen is critical for global decarbonisation,” said Noam Boussidan, platform curator on energy at the World Economic Forum. “Trucking, shipping, and steel, in particular, will benefit from enhanced production of green hydrogen.”

To be fair and effective, adaption and recovery need to be financed in a way that enables developing countries to survive climate impacts. During COP27, the failure of developed counties to meet the goal of $100bn per year in mobilised climate finance was highlighted, with calls for a new collective target on climate finance to be put in place by 2024.

In addition, development banks and publicly funded financial institutions were instructed to act and align on climate finance. Demands were made for reforms to the World Bank, which is failing to adequately fund climate adaptation and emissions reduction, while continuing to back fossil fuel projects.

“Institutions crafted in the mid-20th century cannot be effective in the third decade of the 21st century,” said Barbados’s prime minister Mia Mottley. “They do not describe 21st-century issues. Climate justice was not an issue [back] then.”

COP27 saw the release of the ISO’s Net Zero Guidelines, a universal framework for carbon accounting providing realistic metrics for measuring and offsetting emissions. The ISO hopes the guidelines will provide a unified net-zero governance landscape, offering a globally consistent basis for understanding and planning for net-zero.

“The Net Zero Guidelines will bring much-needed alignment on net-zero,” said ISO president Ulrika Francke. “This publication is a historic milestone in bringing the international community closer to delivering on climate commitments and setting the world on the right path for 2050.”

The ISO guidelines include standardised definitions of net-zero and related concepts, including Scope 1, 2 and 3 emissions. These will support unified, worldwide targets, and the incorporation of net-zero into business strategies. It will also be a key tool in helping organisations to understand the sustainability of their value chain, and accurately report on it.

For support on your organisation’s sustainability journey and advice on how to respond to the business challenges of climate change, contact your local Grant Thornton team.