By:
Vikas Vasal,
David Sites,
Matt Stringer,
Peter Vale,
Pierre Bourgeois
When we look back, 5 June might be regarded as a momentous day for global fiscal policy. Not because it is the birth date of John Maynard Keynes, but because it is the date in 2021 that G7 Finance Ministers gave their backing to a further fundamental overhaul of global tax rules.
In this article

So what is happening in international tax?

In short, the G7 Finance Ministers gave their backing to the considerable work done by the Organisation for Economic Co-operation and Development (OECD) in the area of attribution of taxable profits to market jurisdictions (Pillar One) and a new global minimum tax (Pillar Two).

So nothing new? Well yes and no. The fact that the G7 group has backed the proposed changes is hugely significant in any event.

“This is yet another step towards the end of what looks like being a ten-year plan to fundamentally overhaul the global tax system,” points out Peter Vale, tax Partner, Grant Thornton Ireland. “While reaching a consensus on the latest proposals will pose challenges, further reform is inevitable.”

Pillar One – allocation of taxable profits to market jurisdictions

Interestingly, when it came to the value created by consumers, the Finance Ministers proposed allocating 20% of profits over a 10% margin to market jurisdictions. This proposed allocation method was not part of the OECD’s Pillar One proposals.

It is proposed that an allocation of profit to market jurisdictions will apply to the ‘largest and most profitable multinational enterprises’ only. Exactly what companies are in scope remains unclear, although it would not be expected to apply to groups with global sales of less than €750m.

Once the new rules are in place, it is intended that all existing digital tax regimes are repealed. However, it’s important to note that the new rules may have a wider reach than just digital companies, potentially impacting large high margin businesses in other sectors. 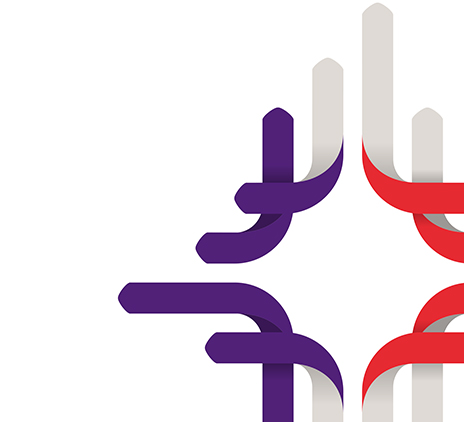 Such a landscape is likely to see a reallocation of corporate tax revenues in favour of large economies, with some smaller dynamic economies with fewer consumers losing out.

"This is a big step to address some of the issues on international taxation relating to the operations of international companies,” agrees Vikas Vasal, global head of tax, Grant Thornton International Ltd. “The next step should be to build consensus among the different stakeholders on the overall framework on taxation rights and the computation mechanism.”

The drive for a global minimum tax rate comes because despite all the tax changes to date, driven by the OCED’s base erosion and profit shifting (BEPS) anti-avoidance package, there is a concern that multinational companies are still paying too little tax. Arguments that too little time has passed to consider the impact of the changes have fallen on deaf ears.

Exactly how the effective tax rate in a company/country is calculated is yet to be determined.

Indeed the quantum of the minimum rate itself is uncertain, with ‘at least’ 15% clearly leaving open the possibility of a higher rate. However with many countries likely to oppose a rate any higher, at this point 15% looks like being the starting rate.

Is a global minimum tax to be introduced?

Be prepared for international tax changes

Despite the G7 announcement, there is still a lot of work required to get the proposals over the line.

“This is a landmark decision point for the future of international tax,” says Matt Stringer, Director, Corporate & International Tax, Grant Thornton UK. “While there is much more to be done prior to implementation of these new measures, we can see that widespread support for the broad principles is there – and change is on its way.”

Many countries, such as the US, are looking at similar changes so getting consensus will be difficult. Compromise will be required, which could be politically challenging.

However, in a COVID impacted environment where government finances are stretched, there will be a mutual desire to generate additional tax revenues, which ultimately could help drive agreement.

“This bold step forward by the G7 signals a renewed global resolve to stabilise the international tax regime,” comments David Sites, international tax Partner, Grant Thornton US. “However, many key points remain unresolved and the upcoming work in those areas will shed further light on just how monumental this moment may be.”

The immediate next steps will be attempts to get this consensus across a broader cohort of countries at meetings of both the G20 and the wider OECD group (which includes 139 countries), between now and the end of the year.

Notwithstanding the desire to reach agreement, the level of complexity inherent in the proposals, in particular Pillar One, is likely to mean that it will be some time before the detail is agreed.

Blocs such as the European Union will implement any agreement through Directives, which will take time.

This is likely to see individual countries continue to bring in unilateral measures along the lines of the Pillar One proposals, or even Pillar Two, until a global consensus can be reached.

While the detail is still light, groups may look to model the impact of proposed changes under various scenarios. It’s possible that a narrowing of those scenarios may come later this summer.

If you would like to discuss any of the points raised in this article and how they may affect your business, please speak to your local Grant Thornton office or one of the contacts listed below.