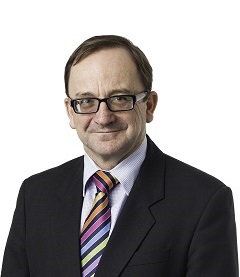 Mark has always been passionate about providing information that is really useful for decision-making, be it financial or non-financial. Now the Director of Financial Reporting at Grant Thornton International, he shares the skill and experience gained from over 35 years in the accounting and auditing profession working in New Zealand, England and the United States with the global network.

Prior to joining Grant Thornton International, Mark was a partner of Grant Thornton New Zealand and its financial reporting expert. He has actively been involved in auditing and assurance standard setting and was been appointed to the New Zealand Audit and Assurance Standards Board and the New Zealand Accounting Standards Board predecessor bodies. Prior to relocating to London to take on his financial reporting role, Mark was an active member of the New Zealand External Reporting Board’s accounting and auditing Technical Reference Groups. Mark is currently a member of CPA Australia’s External Reporting Centre of Excellence.

Mark’s interests in rendering useful information for decision extends to having being involved as a founding member and then for a period, Chairman of XBRL international in New Zealand. In this role he has advocated, and continues to advocate to organisations in the public, private and not for profit sectors the immense value of systematically tagging data in structured taxonomies that efficiently and effectively deliver user-driven requests for information.

Mark has actively been involved in many different aspects of the accounting and auditing profession in New Zealand. He has the rare honour of been recognised as a fellow of both Chartered Accountants Australia and New Zealand and CPA Australia, the latter organisation awarding Mark its Divisional President’s Award for Excellence in 2018 for his assistance, guidance and leadership in promoting the adoption of Integrated Reporting. Outside of standard setting, Mark’s contributions to the profession have included being involved in the development and deployment of professional qualifications programmes, the chief judge in annual reporting awards and an author and contributor of seven books published by Thomson Reuters.